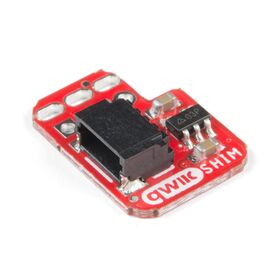 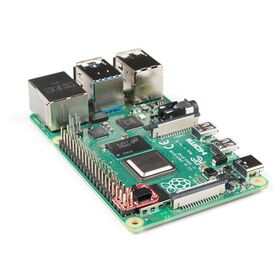 The SparkFun Qwiic SHIM for Raspberry Pi is a small, easily removable breakout that easily adds a Qwiic connector to your Raspberry Pi. The SHIM design allows you to plug directly to the Pi's I2C bus with no soldering required and the thin PCB design allows for it to be sandwiched on your Pi GPIO with other HATs! The Qwiic SHIM works great when you do not need the full capabilities of the Qwiic pHAT for Raspberry Pi or if you want to add a Qwiic connector to your Pi but do not have room for yet another HAT.

The Qwiic SHIM uses a unique friction-based connector that wedges itself onto the GPIO header for a secure, solderless connection. As you would expect, it has a single Qwiic connector that connects to your Pi's I2C bus (SDA, SCL, 5V and Ground). The SHIM also has a 3.3V regulator so it will work with all Qwiic devices. Even better, the SparkFun Qwiic SHIM will also work with the NVIDIA Jetson Nano Developer Kit!

GET STARTED WITH THE QWIIC PI SHIM GUIDE