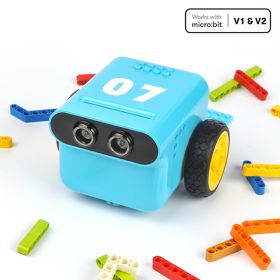 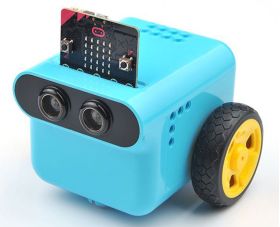 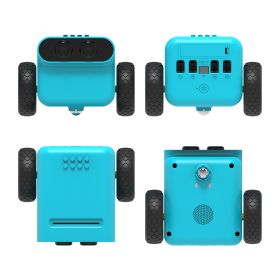 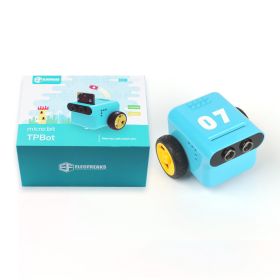 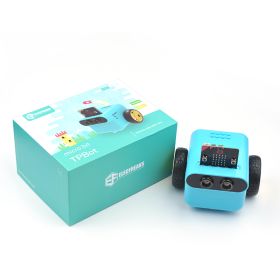 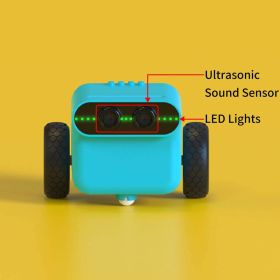 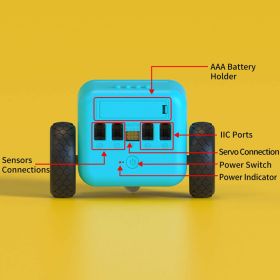 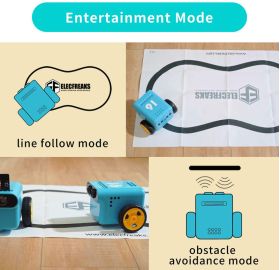 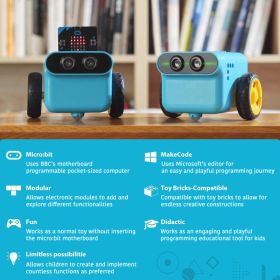 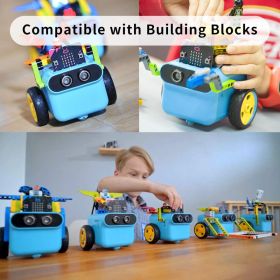 Different Appearance: The appearance of the microbit tpbot robot car is made of ABS material. Compared with other cars, this is not just a bare basic car. It is safer and has better color and hardness.

Two modes: (1) TPBot Smart Car can follow line and avoid obstacles without inserting micro:bit. (2) Once you insert the micro:bit, this becomes a micro:bit programmable smart car that offers kids the chance of learning code.

Eye Patch: Kids can customize different color of the "eye patch" through graphical makecode programming, and the microbit Tpbot robot car can emit brilliant colors in the dark.

Building Block Extension: This microbit robot is compatible with building block, kids can create various shapes. It better improves their interest in programming.

TP Bot is a smart coding car for micro:bit. It can be regarded as a different robot car for its preset functions that do not need a micro:bit; it can also be used as a teaching aid at the same time, you can code it via the micro:bit or make extensions for the other modules and the standard building bricks to develop children’s imagination and creativity.

Welcome to makecode graphical programming,It is easier for kids to understand programming and be interested in programming. 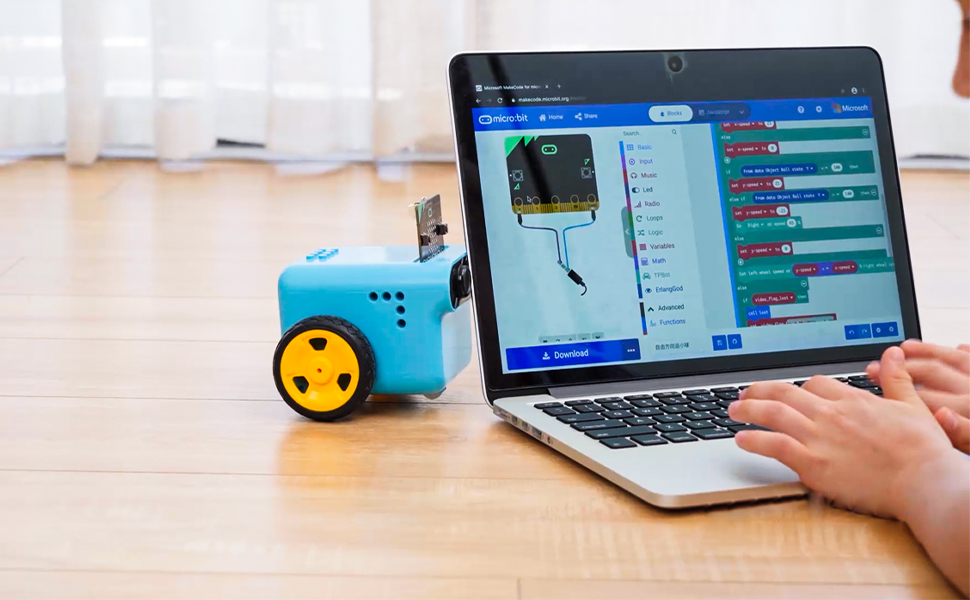 An easy way for kids to start programming

This is where TPBot’s Smart Car’s magic lies. Created by the BBC, the micro:bit motherboard is a pocket-sized computer that can be programmed to operate multiple functionalities, allowing kids to easily learn programming while enjoying the journey as an entertainment activity. 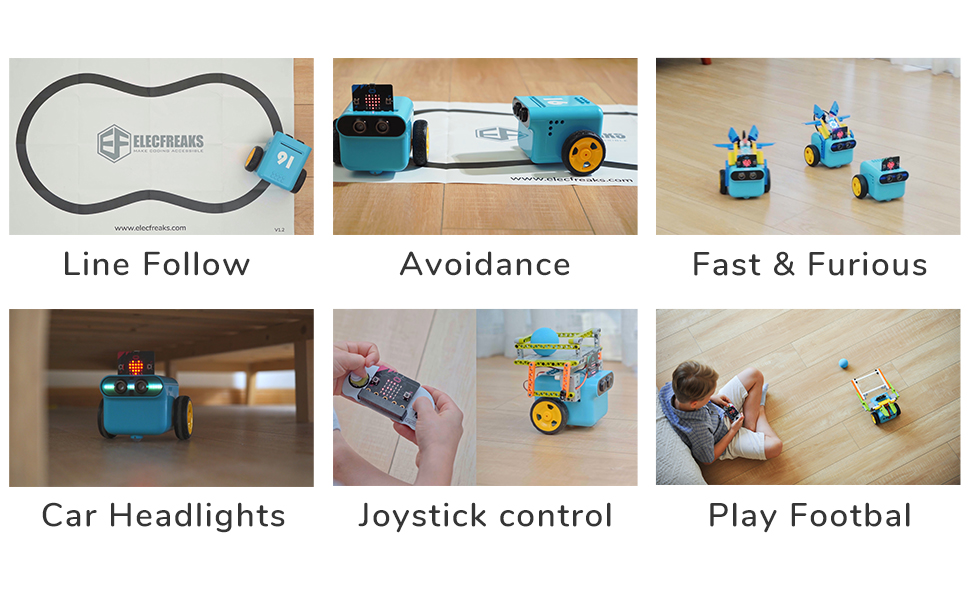 A new world of possibilities

Play football with it, turn it into a police car and organize group chases, make it be seen in the dark by automatically turning on its lights, or make it a carrier car—the possibilities are as many as you can imagine. It’s just a matter of using your creativity to make them a reality!

Modular and compatible with building bricks 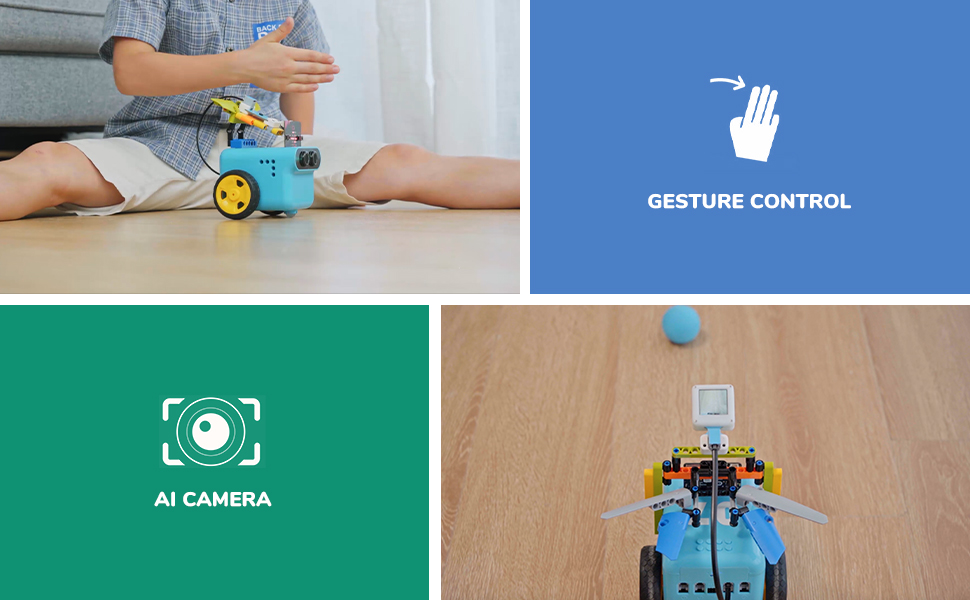 As an advanced didactic aid, TPBot Smart Car is compatible with building bricks, allowing your kids to build and test different structures. At the same time, this smart car is also expandable through electronic modules that allow your kids to build on the expandable smart functionalities that they are free to explore and add to the car. 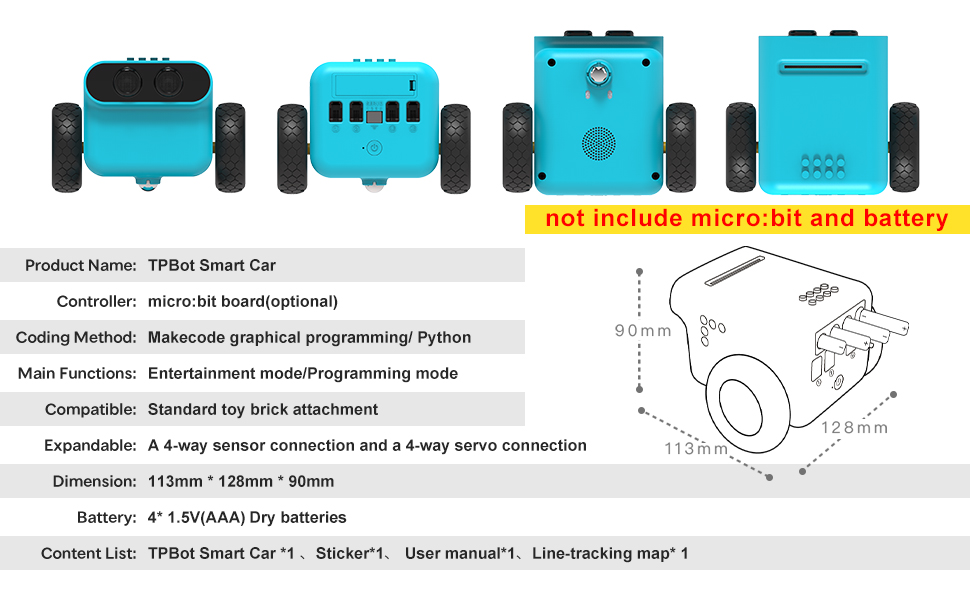 A gadget that stimulates the imagination of children must necessarily be versatile. That’s why TPBot Smart micro:bit Car comes with lock-joints on both sides of the body and bumps on the top that allow you or your children to create any personalized appearances and to give expression to any creative functions you want it to have.