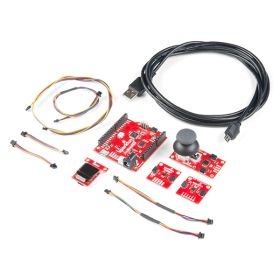 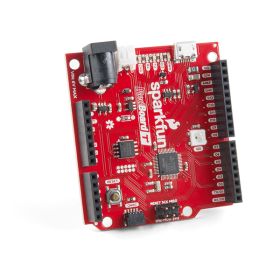 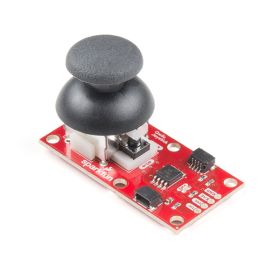 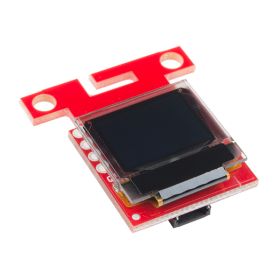 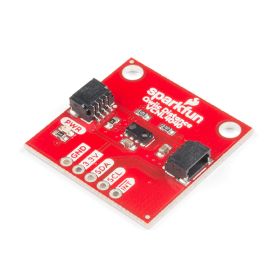 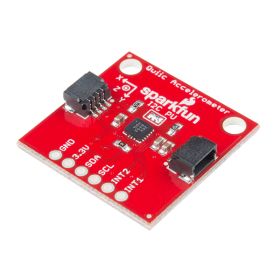 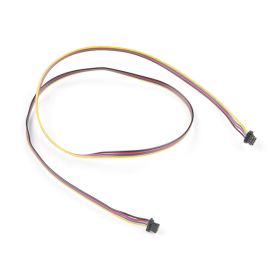 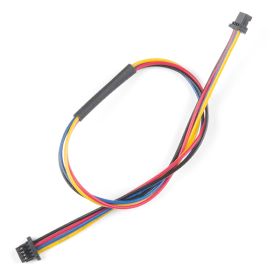 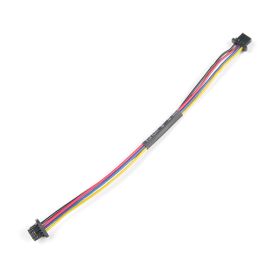 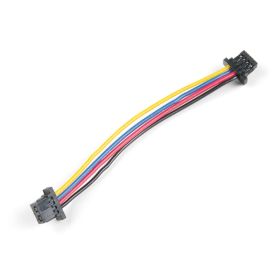 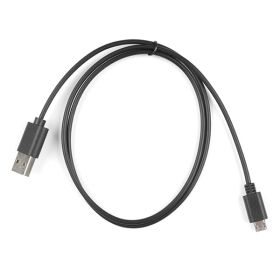 Looking to get started with the SparkFun Qwiic system? The Qwiic Pro kit provides you with a RedBoard Turbo, two sensors, two accessory boards, and all the cables you need to start utilizing Qwiic and I2C easily. This kit was designed to allow users to get started with Arduino without the need for soldering or breadboarding. Hooking up a handful of inputs and outputs to a RedBoard has never been so easy. Use the joystick, accelerometer, or proximity sensor, and one small display for outputting text, graphics, or even a microPong game!

The RedBoard Turbo, included in the kit, uses the ATSAMD21G18, which is an ARM Cortex M0+, 32-bit microcontroller that can run at up to 48MHz. With an impressive 4MB of external flash memory and a UF2 (USB Flashing Format) bootloader, the RedBoard Turbo provides you with an economical and easy to use development platform if you're needing more power than the classic RedBoard. We've included our favorite 0.8 meter reversible micro-B cable in the kit as well!

But you won't just get a RedBoard Turbo, also included in the Qwiic Pro kit are a slew of sensor and accessory boards, as well! The Qwiic Joystick makes it easy to control things like graphics or motors. The Qwiic Proximity sensor can detect objects and motions (like a hand appearing/disappearing) up to 20 centimeters away. The Qwiic Accelerometer is a classic solid state triple axis accelerometer capable of measuring movement, tilt, and orientation (portrait versus landscape for example). And last up, the Qwiic OLED is a 64x48 pixel white and black display that is easy to program for text and simple graphics.

The Qwiic Pro Kit also includes a handful of Qwiic cables, numerous example sketches, and hookup guides are available to get you started!