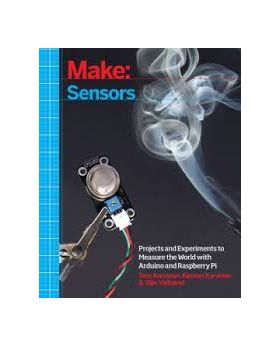 Make: Sensors is the definitive introduction and guide to the sometimes-tricky world of using sensors to monitor the physical world. With dozens of projects and experiments for you to build, this book shows you how to build sensor projects with both Arduino and Raspberry Pi. Use Arduino when you need a low-power, low-complexity brain for your sensor, and choose Raspberry Pi when you need to perform additional processing using the Linux operating system running on that device.You'll learn about touch sensors, light sensors, accelerometers, gyroscopes, magnetic sensors, as well as temperature, humidity, and gas sensors.